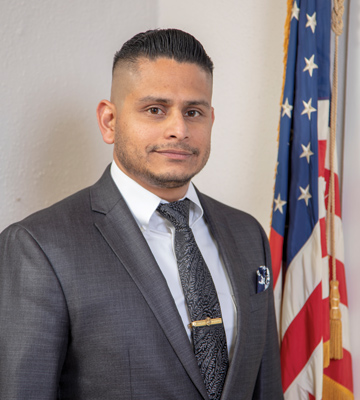 Attorney Jay Monico of Sevens Legal, APC in San Diego is a skilled criminal defense attorney with extensive negotiation, trial and litigation experience, and he is committed to protecting the rights and freedoms of clients in San Diego County and throughout Southern California. In 1992, Jay migrated to the United States from El Salvador, and in 2003, he became a U.S. citizen. While growing up in Los Angeles County, Jay witnessed first-hand how important it is to obtain skilled legal representation when facing criminal charges, or else risk facing far-reaching, long-lasting consequences that can change the course of your entire life. Before becoming an attorney, Jay Monico enlisted in the United States Marine Corps. It was just a few months after his 17th birthday that Jay shipped out to basic training, and before being honorably discharged from service in 2003, he received several awards, including the Good Conduct Medal. A graduate of Hawaii Pacific University, with a Bachelor of Applied Science in Psychology, Jay Monico obtained his Juris Doctor degree from Thomas Jefferson School of Law in 2016. After graduating, Jay worked as a Trial Attorney and Associate Attorney for several law firms in the San Diego area, where he focused on criminal defense and family law. In 2019, Jay joined the accomplished team of DUI and criminal defense attorneys at Sevens Legal, where he puts his legal expertise and resources to work protecting his clients’ rights and preserving their freedoms.

Please fill out the form below to schedule a free case evaluation.

This Is Attorney Advertising. This website is designed for general information only. The information on this website should not be construed to be formal legal advice nor the formation of attorney/client relationship. You are not considered a client unless you have signed a retainer agreement and your case has been accepted. Prior results do not guarantee a similar outcome with respect to any future matter. Please call or email our firm for a free no-obligation case evaluation.